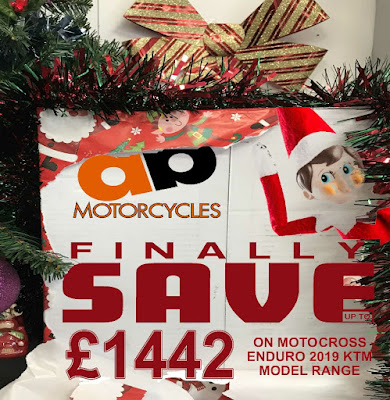 Posted by Graphics To You at 01:25 No comments:

Santa Dave takes very good care of his elves, which is why he’s very sad to learn that one of his elves has been misbehaving!

Dave ensures that his elves work in good conditions that comply with elf and safety regulations, that they make use of the National Elf Service when ill and he plays some of their favourite tunes, such as “All By My Elf” or an Elfis Presley classic whilst they work. He does everything to boost their elf esteem!

But despite all of this one mischievous little elf has been trying to sabotage a big surprise that Santa Dave is looking forward to revealing next week. The little imp has been trying to uncover top-secret information ahead of the big reveal, in an effort to spoil the surprise for everyone. What a sELFish thing to do!

Don’t let this little elf ruin the fun, but do watch this space for more news from Santa Dave. 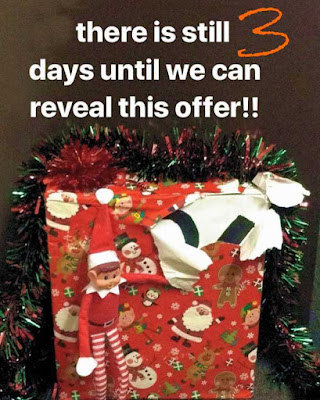 Posted by Graphics To You at 01:50 No comments:

You may have been there to see the thrilling Muntjac event organised by Diss MCC, which was the last round of the ACU Eastern Enduro Championship 2018. For those of you who weren't however, it was a tough course, with penalties making a big difference to the final result. Although Jason Morland started the day in the lead, it was Luke Parker who ended the day in victory! Read more at https://www.acu.org.uk/news/2018/11/parker-takes-victory-and-title-at-acu-eastern-enduro-championship-finale/ (photo of the event by Anthony Ridge from ACU Eastern report)

If this event has given you an appetite for Enduro, then get involved by visiting our Thetford Forest based Hit The Dirt Track, which offers great challenges (and warming refreshments) Hope to see you there! 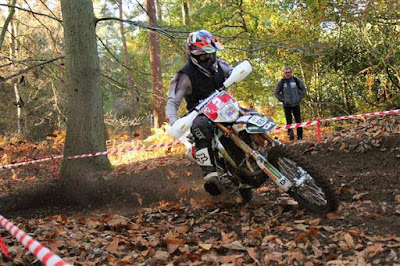 On 18th November you'll be able to enjoy Diss MCC's Muntjac Enduro in Thetford Forest, as the final round of the ACU Eastern championship.

This is a popular 20 mile course in a great woodland setting, providing some interesting challenges. Diss MCC has been running such events since it reformed after World War II. From grass track in the 1950s to motocross (originally called scramble) in the sixties, the club continues to run great enduro and motocross events.

To offer preparation time at our forest track, we're open the weekend of November 10th and 11th (pausing for remembrance reflection on the Sunday).

And on the subject of muntjac, these plucky little deer reside in Thetford Forest, in addition to red and roe deer. Remember off-road riding is only allowed at designated areas of the forest, including Hit The Dirt, to help protect these species and the environment.

Hope to see you at the Hit The Dirt Track soon!
Posted by Graphics To You at 03:31 No comments: 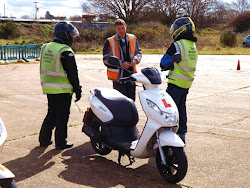 We aim to provide the highest standards in motorcycle training, with the emphasis on road safety and awareness. Our comprehensive motorcycle courses deliver expert training with the goal of producing safe, competent riders.

Whether you are a beginner, or an established rider who is seeking to improve your road skills, our experienced training programme will allow you get the best from your motorcycle riding, both in terms of enjoyment and safety.

With certification from the DSA (Driving Standards Agency), a wealth of experience and well-equipped facilities, we offer a complete motorcycle-training package, including motorcycle and equipment hire.

All our instructors are certified by the Driving Standards Agency (DSA) and all have many years experience in delivering motorcycle instruction so you can rest assured you will be in safe hands. For more details, contact us today.